Owner Glassfarmer glass studio Lier, President of Verribelglass from 2009 to 2021.

Patrick Van Tilborgh has an internal urge to create glass-objects, as working with glass is such a complex adventure, it is ever and again a try to overstep own limits, a searching for, it is continuously an inspiration for new experimental challenges…

Of course you can see all these reflections clearly in his work, which is sometimes colourful and playful with typical characteristic features, but often appears in his rude shape and pure naturalness.

Patrick is also inspired by “the devil”, which is frequently integrated into his works, but not always clearly visible though, as sometimes only his tail, a stylized form or colour is being used. All this is meant as a symbol of rebellion and is rather reactionary. Isn’t the devil often hidden behind façades of hypocrisy ? In his own self-willed way Patrick is luckily bringing back some lightening into this dark world, because through his glass-creations good and evil are melting together, so that a moral balance is achieved again, the foundation of human race. 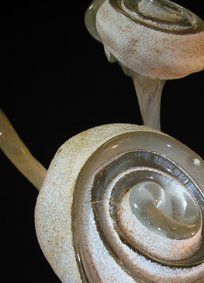 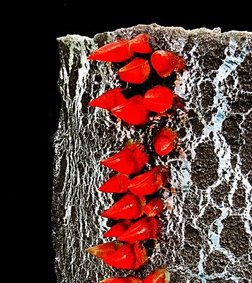 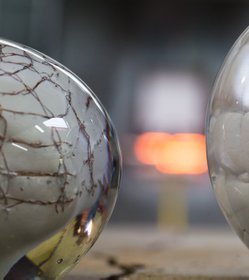 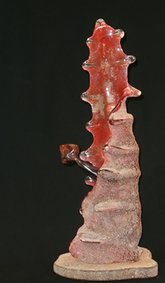